Amber gemstone is not your average gem.

It is fossil resin (vegetable kingdom) originally produced as sap by different conifers 30-90 million years ago.

The sticky material made a honeyed crypt for prehistoric orchids, drops of water, spiders’ webs, ants, moths, other objects and creatures - a sort of Pompeii without humans.

Amber can be transparent, translucent or opaque, and is coloured brownish, yellow, white, reddish and blackish with some rare specimens showing dark-green and royal-blue lights. 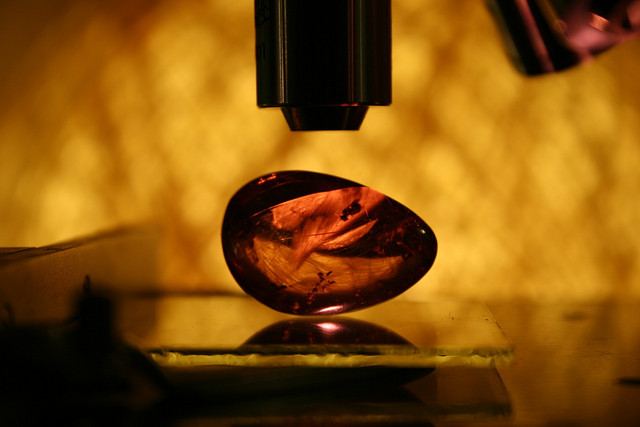 By Wessex Archaeology via Flickr.com

Amber is one of the two softest gemstones known to man, which allowed the ancients to carve jewellery, bowls and thrones from it before modern tools were available. 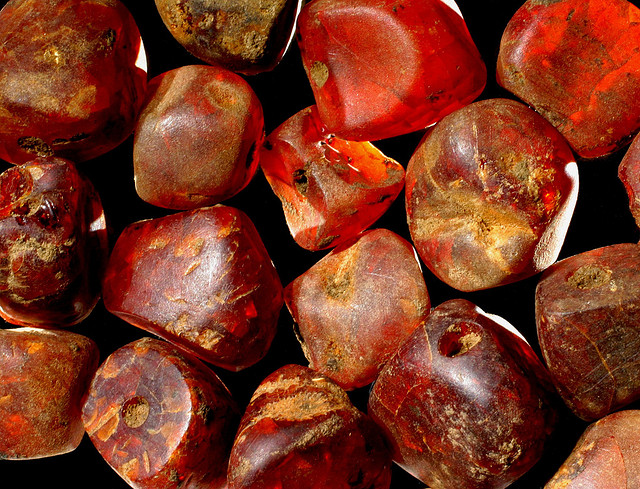 By Wessex Archaeology via Flickr.com

It was used as currency by early traders because of its light weight. 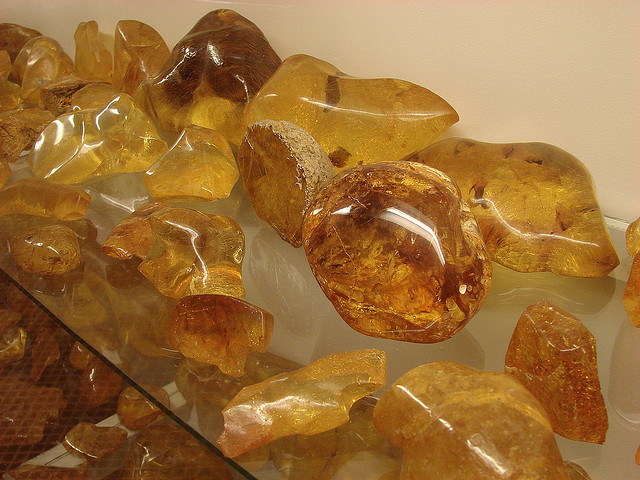 By Tatters ❀ via Flickr.com

Amber is often found washed up on the shores of the Baltic and North Seas, but can also be mined in Italy, Chilli, America, Canada, Greenland, Mexico and the Dominican Republic. 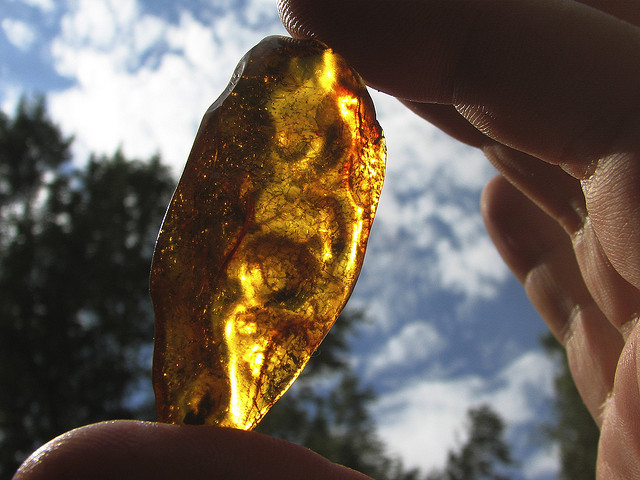 By Hans Splinter via Flickr.com

Return Home to Collecting Rocks and Minerals from Amber Gemstone