Basalt rock is the most common igneous rock at the Earth's surface.


But it is not seen much because it covers ocean floors.

It is a dark rock, rich in ferromagnesian minerals such as pyroxene, plagioclase and olivine.

While most often it is very fine grained, it also happens that it is porphyritic, and it can have empty cavities from gas or air bubbles, in which case its texture is vesicular. 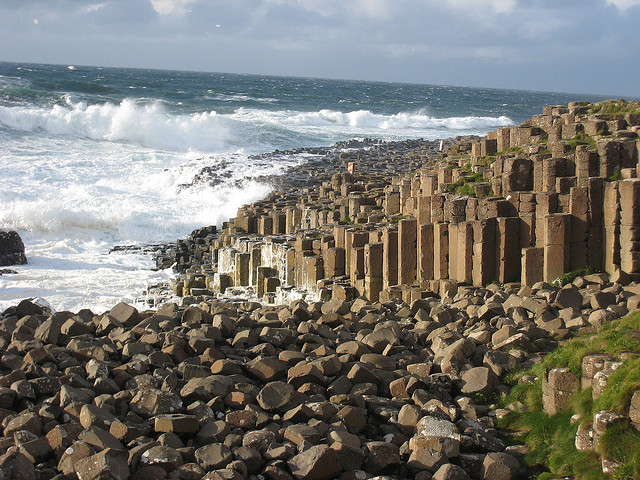 Basalt columns at Giant's Causeway in northern Ireland. By Lena via Flickr.com

It is mostly known to be extrusive, but it can also sometimes be an intrusive igneous rock. 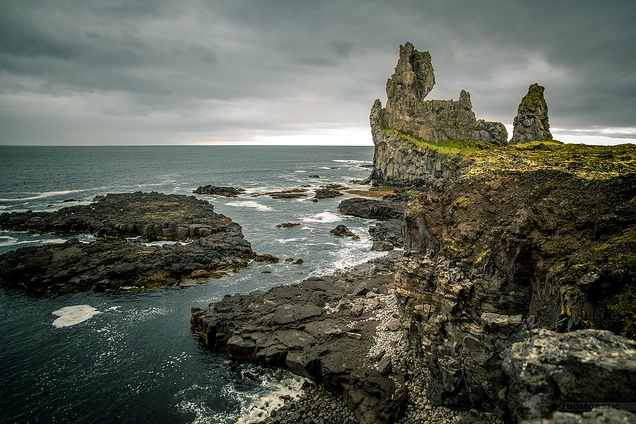 By Jamie Slomski via Flickr.com

The extrusive version forms from lava flows from shield volcanoes. 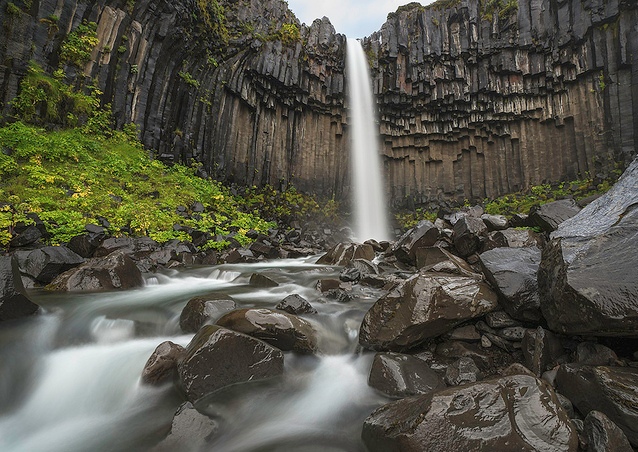 By Kris Williams via Flickr.com

The intrusive version is interesting because it forms by partial melting - the process where only part of a rock melts and forms a magma that is then moved upwards. 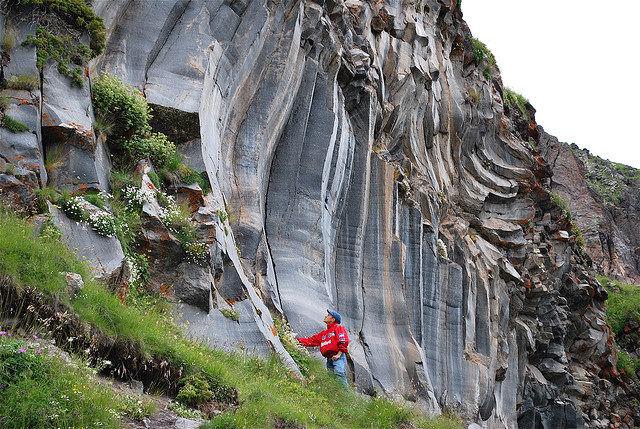 By Xevi V via Flickr.com

Fragments of unmelted rock can be carried to the surface with magma, giving us an opportunity to observe the mantle.

Return Home to Collecting Rocks and Minerals from Basalt Rock