Most of them are rare, but borax, kernite, colemanite and ulexite are quite common and form large deposits. 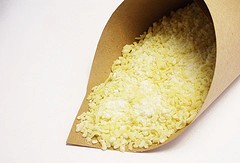 Borax crystals. By Annouk via Flickr.com 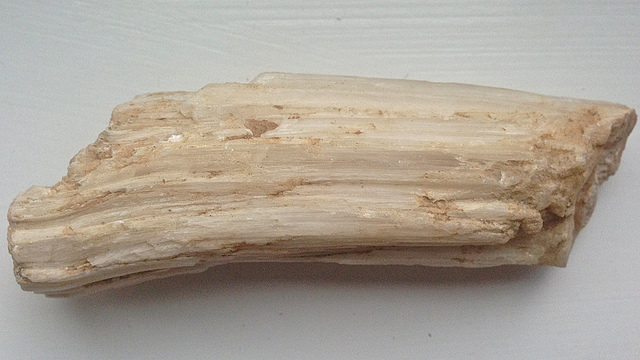 Colemanite is a calcium borate hydrate, which can form monoclinic crystals or be compact, granular or massive. It can be white, grey or yellowish brown in colour. Like many other minerals in this group, it forms in evaporative deposits from other minerals. It was named after the owner of a Californian mine where it was first discovered. 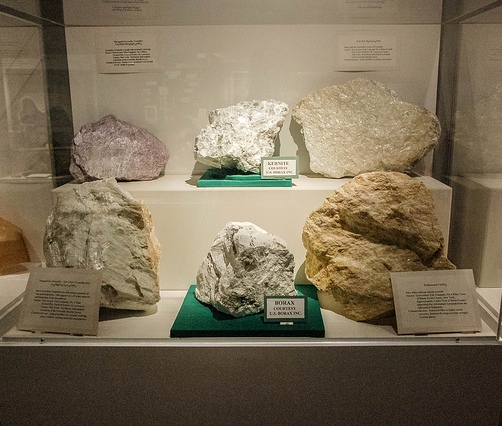 Kernite. By David Casteel via Flickr.com

Kernite is a sodium borate hydrate, which can form short, prismatic, transparent, colourless, very large crystals, but is more commonly found in cleaved masses with a fibrous structure. It is a colourless mineral when white, but can be white when its crystals are covered by tincalconite - a dehydration product of borates that builds a white, opaque surface film on the crystal surface. It forms in mineral veins and irregular masses in evaporative deposits, where it is usually associated with other boraten minerals. It can also be found as crystals in shale. 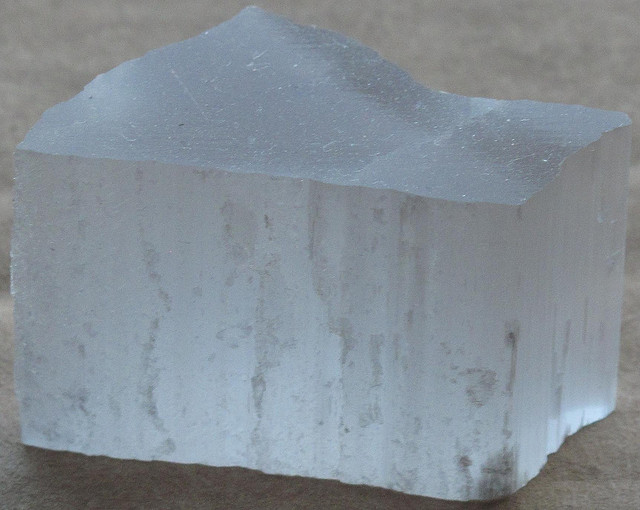 Ulexite. By Kathy__ via Flickr.com

Ulexite is a sodium calcium borate hydrate. It is most often found in white, silky, acicular lenslike or rounded crystal aggregates, but can also form colourless, vitrous, fibrous, parallel crystals or tufted masses.  It is found in evaporative deposits in desert lake beds, where it forms from boron rich fluids.

Return Home to Collecting Rocks and Minerals from Borate Minerals