They are important minerals in sediments, evaporate deposits and low temperature hydrothermal veins.

They react to HCl, and their anion is CO. 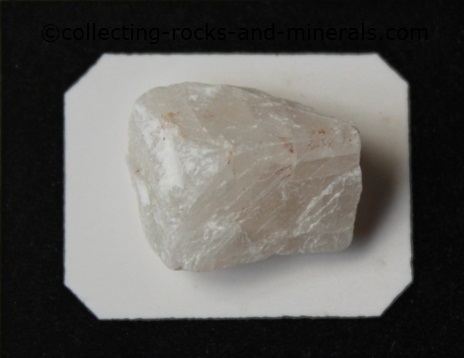 Calcite is the most common carbonate mineral. It is a calcium carbonate and it forms many different types of crystals such as rhombohedral, scalenohedral, butterfly twin, dog-tooth, nail-head and Iceland spar. It can also be stalactitic, fibrous, granular or massive. It can be colourless, white, brown, grey, red, green or black. 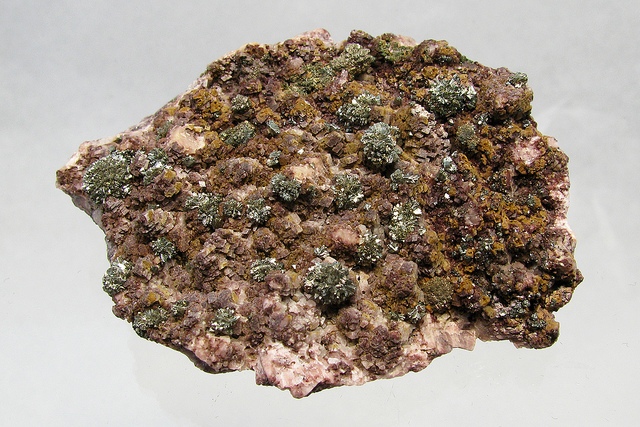 Dolomite by Paul via Flickr.com

Dolomite is the second commonest carbonate mineral. It is a calcium magnesium carbonate and it can form rhombohedral or tabular crystals; or be granular or massive. It can be white, colourless, pink, grey or brown. It forms in magnesium limestones, marbles and other magnesium rich metamorphic rocks, and in hydrothermal veins, associated with copper, zinc and lead ores. 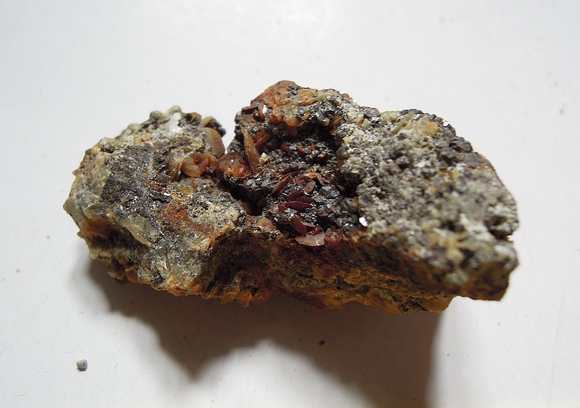 Siderite. By Jan Helebrant via Flickr.com

Siderite is the third commonest carbonate mineral. It is an iron carbonate, and it can form prismatic, tabular, scalenohedral or rhombohedral crystals. It can also be granular or massive. It is a widespread mineral and can be found in all types of rocks as well as hydrothermal veins. 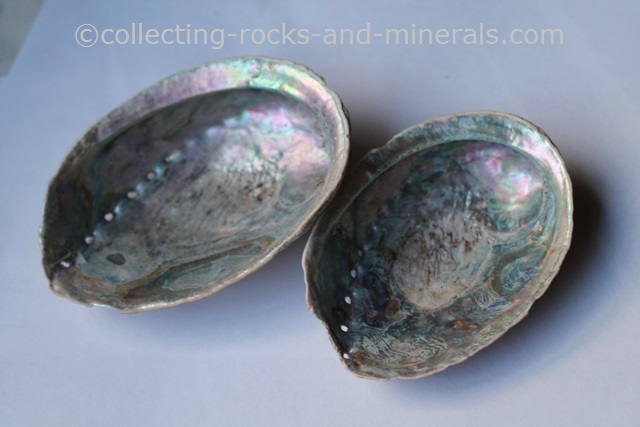 Aragonite is a calcium carbonate which chemical formula is identical to calcite. It forms in oxidised conditions and while white or colourless when pure, it can be coloured reddish, brownish, yellowish, greenish, blue or purple by impurities. It is more unstable than calcite and can alter to calcite. It forms orthorhombic crystals or can be radiating, fibrous, stalactitic, columnar or coral-like. 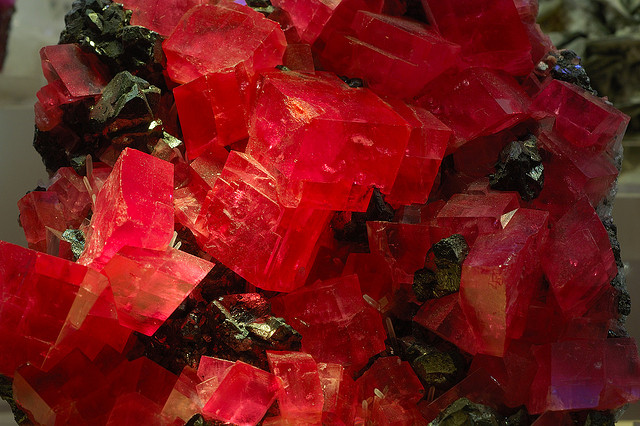 Rhodochrosite by Eric Hunt via Flickr.com

Rhodochrosite is a beautiful pink mineral, although it can also be grey or brown. It is a manganese carbonate and can form tabular, prismatic, scalenohedral or rhombohedral crystals, or be botryoidal, nodular, globular, stalactitic, granular or massive. It forms in hydrothermal veins, and sedimentary and metamorphic deposits. 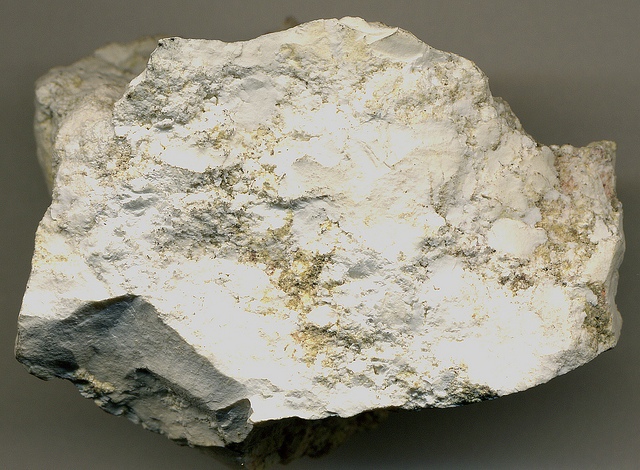 Magnesite is a magnesium carbonate which forms rhombohedral crystals but most often is granular, fibrous, lamellar or massive. It can be white, colourless, brownish, yellowish or grey. It forms by alteration in magnesium rich rocks, or as a primary mineral in some schists and limestones. It is used as a source of magnesium. 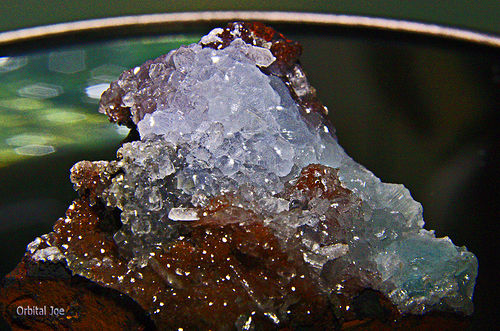 Smithsonite. By Orbital Joe via Flickr.com

Smithsonite is a zinc carbonate. It is most often found in stalactitic or botryoidal habits, but rarely forms large crystals. It may be white, blue, grey, green, yellow, brown, pink or purple. It is found in oxidation zones of zinc deposits assocated with hemimorphite, polymorphite, azurite and malachite. It is mined as a zinc ore. 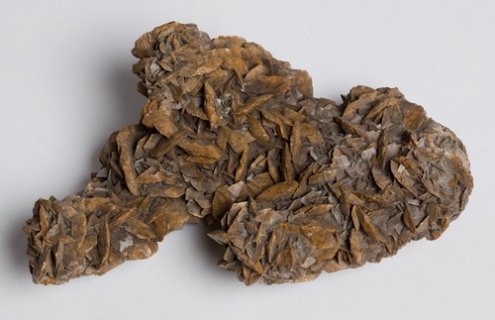 Ankerite is a calcium carbonate that forms rhombohedral crystals that are similar to dolomite's. It can also be granular or massive. It is most often brown but can also be white, colourless, yellowishn or grey. It forms in mineral veins in dolomite (rock) and limestone. It can be associated with sulfide minerals and gold. 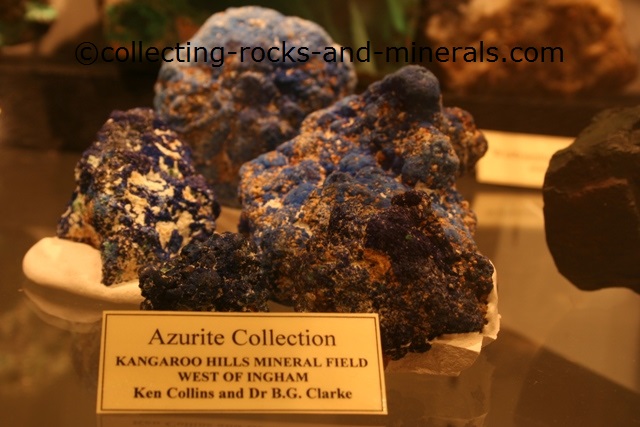 Azurite is a beautiful azure blue copper carbonate. It can form prismatic crystals or be earthy, botryoidal, stalactitic, nodular or massive. It is formed in oxidised zones of copper deposits when carbonated water acts on copper minerals. It is often associated with malachite. It is mined as a copper ore, but has historically also been used as a pigment. 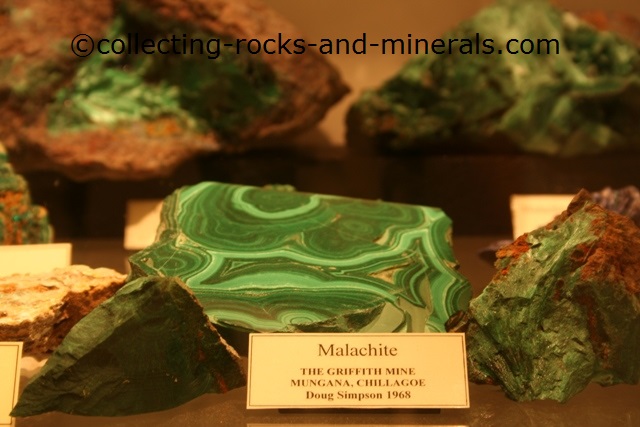 Malachite is another copper carbonate, which has been one of the earliest ores of copper. It can form acicular or prismatic crystals, or be fibrous, stalactitic or bortyoidal. It has a beautiful deep green colour and has been extensively used in buildings and jewelry. It forms in oxidised copper zones and is often associated with azurite.

Return Home to Collecting Rocks and Minerals from Carbonate Minerals