It is a kind of limestone, which consists of fossils of tiny calcite cells of small marine animals.

Other minerals that are usually present are clay minerals, apatite, glauconite and silica.

Nodules of other rocks such as flint and chert can also be present. 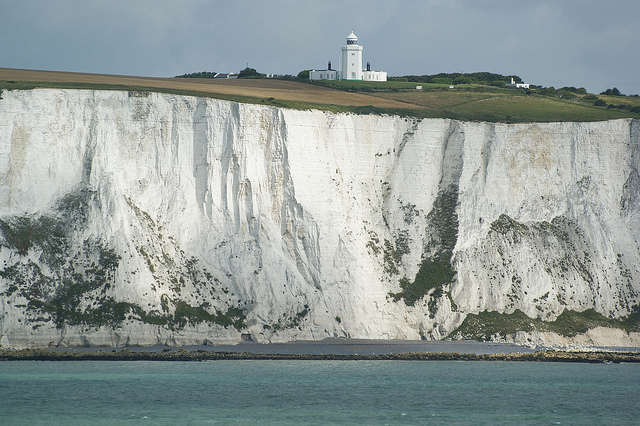 Chalk cliffs in southern England. By Pietro Izzo via Flickr.com

It is fine grained and very soft and easy to pulverise.

It is white or grey in colour.

It is used as a fertilizer, in cement, and as a pigment in paints, paper, rubber, cosmetics, ceramics and other materials.

It is not used in the blacboard chalk, which is manufactured instead.

Much of it was formed during the Cretaceous period. Some famous, and excellent deposits are the White cliffs of Dover in southern England.

Return Home to Collecting Rocks and Minerals from Chalk Rock