Clay minerals are very fine, and they are useful.


They are very fine particles and they form as weathering products.

They can absorb and eject water quickly, which makes them useful minerals.

They are magnesium and aluminium silicates, and they are often found in fine grained metamorphic (phyllite, slate) and sedimentary (siltstone, mudstone, shale) rocks. 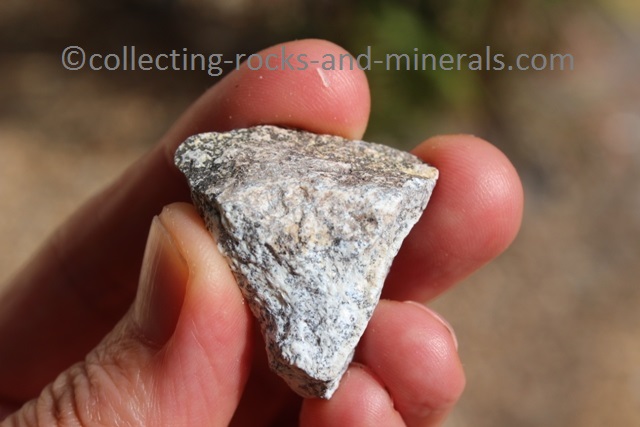 Chlorite
Chlorite is most often green but can also be brown, yellow or white. It forms as a weathering product from minerals like garnet, biotite, amphibole and pyroxene. It is often found in rocks like phyllites and schists. It is most often massive in habit but can also form crystals and flakes.

Kaolinite
Kaolinite is a group of minerals that include kaolinite, halloysite, dickite, and nacrite. It is a very common mineral that is found in most soils and rocks, and in most clay it is present.

Talc
Talc is the softest of all minerals, easily identified as you can scratch it with a fingernail. It feels soapy and is greay or white in colour. It is often found in rocks like gabbros and peridotites, where it forms as an alteration product from minerals like pyroxene and olivine.

Serpentine
Serpentine is also a group of minerals containing lizardite, antigorite, chrysotile. It forms in rocks like dolomite and peridotite when magnesium silicate minerals alter.

Return Home to Collecting Rocks and Minerals from Clay Minerals