Contact metamorphic rock is rarer than the regional one.


It is the type that is hardest to recognize as a metamorphic rock, because it lacks foliation and schistosity.

These are the rocks that have formed close to igneous rocks - either next to an ingeous intrusion, or lava flow.

The temperatures have been high enough that the rock has changed without any help from changing pressures. But they haven't been high enough for the rock to melt - if it did, an igneous rock would have formed. Those rocks include for example skarn and hornfels. 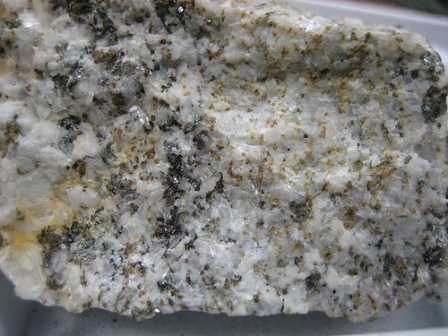 Skarn. By nile red via Flickr.com

Skarn is a calcite-rich rock that is formed by contact metamorphism of limestone, often by syenite or granite intrusions. Fluids of these intrusions, in combination with limestone impurities create a complex mineralogy and skarn is known for many various minerals such as tremolite, serpentine, diopside, wollastonite, periclase, olivine, grossular garnet, and ore minerals such as galena, sphalerite, chalcopyrite and pyrite. Ore deposits are often found in skarn. 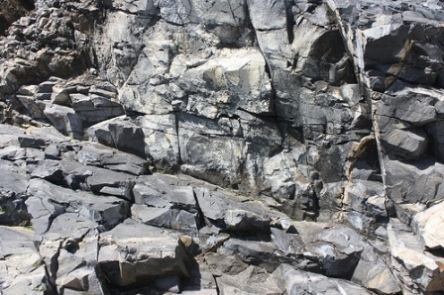 Hornfels. By .RGB. via Flickr.com

Return Home to Rocks and Minerals from Contact Metamorphic Rock