On this page you have some gemstones information.


The two main types of gems are mineral (crystalline) gems and organic gems, which may or may not form crystals.

The organic gems are formed by biological processes and they include amber, corals, seashells, pearls, anthracite, copal, and jet. 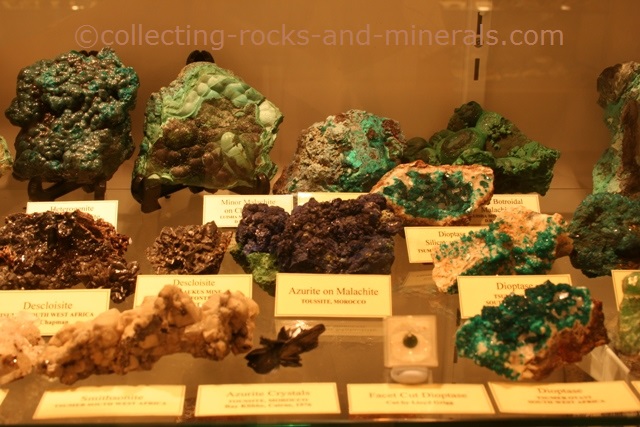 
While there are about 4000 minerals on the Earth, only 130ish are gemstones, and only 50ish are those more known and often-used gems. They are so rare because unusual conditions are required for their formation. They have to be not only beautiful to be named gemstones, but they also have to be hard enough to be able to be cut to make jewelry. The names of gemstones vary very much - some are called according to their mineral name, such as tourmaline and chrysoberyl, others have got a different name from their actual mineral name such as ruby, emerald and sapphire. 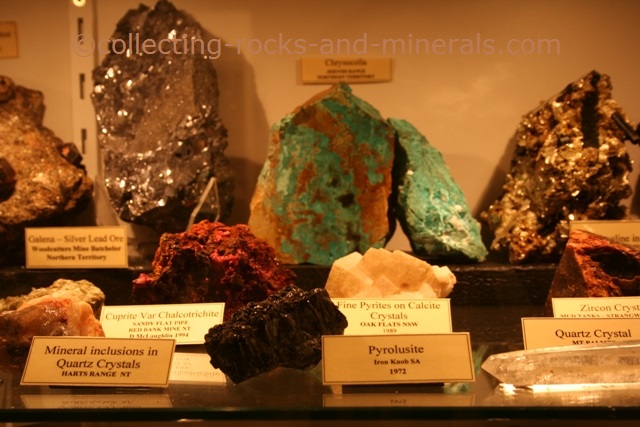 Collecting gemstones is at least as popular as is collecting rocks and minerals. In fact, I think it is more popular than rock collecting, even though it's not my cup of tea. There are many people out fossicking gemstones and selling them in local shops and markets, where they excitedly talk about how they found them. Many people who collect gemstones also make jewelry and sell it. A nice hobby I think. Personally I am not into it because I don't get excited about beautiful stones anymore - I like to find and collect interesting stones - the rocks that tell me a story ;-) 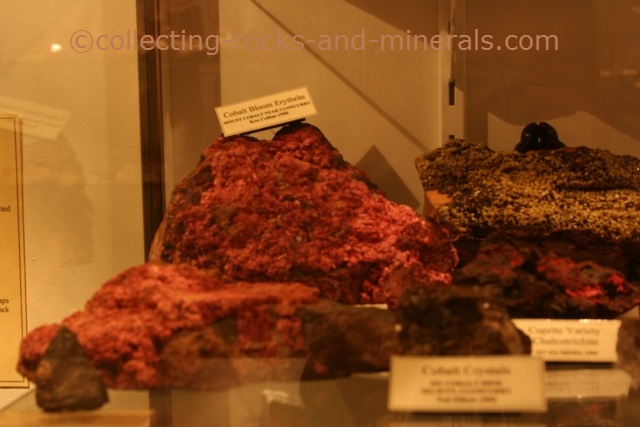 
Because gemstones are also minerals (they are one type of minerals - the type that forms beautiful crystals), identifying gemstones typically happens in the same way as mineral identification. You have to check the crystal shape; colour and streak (as with minerals, don't trust the colour only); transparency and lustre; cleavage and fracture; and hardness and specific gravity (density). 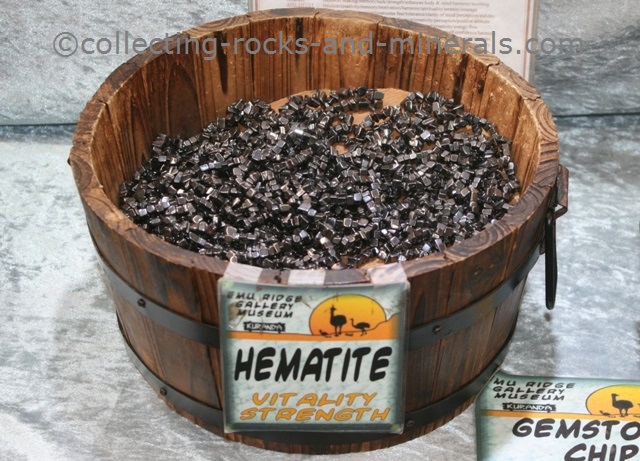 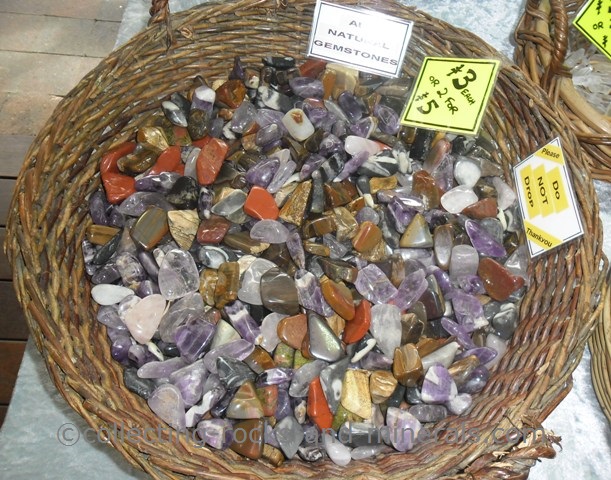 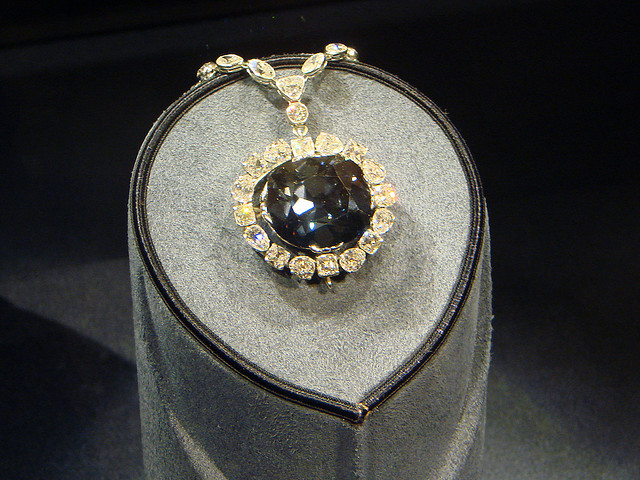 
Some famous gemstones through the history have been St Edward's Sapphire (worn by the British Edward the Confessor about 1000 years ago), Black Prince's Ruby - a Koh-i-Noor diamond that was given to the Black Prince in 1360s; and the Hope Diamond which was given to King Louis XIV in 1660s, was stolen during the French Revolution, resurfaced in 1800s and was bought by King George IV. After his death it was bought by Henry Hope and others, and in 1900s it gained a reputation to bring bad luck when a few of its owners were killed.

Return Home to Rocks and Minerals from Gemstones Information