It is known for being hard to identify, mainly because it can form from any rock and consequently have many different appearances.

It most often forms from fine grained rocks such as andesite, basalt, dolerite, limestones, shales or clays.

How it looks like depends on the original rock and the temperature at whch it was formed. It forms at very high temperatures and low pressures. 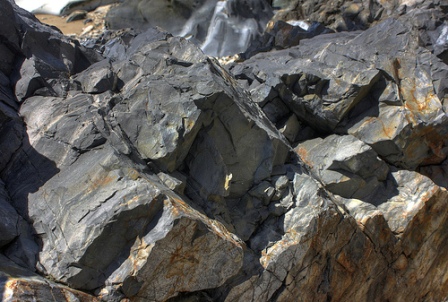 By .RGB. via Flickr.com

It is usually hard, dense, fine-grained, homogenous, not foliated, but may be banded.

It has a concoidal, flintlike fracture, which gives it the broken, horn-like endges. 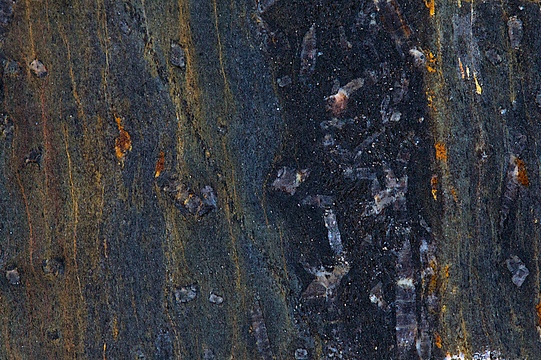 The very fine-grained matrix can contain porphyroblasts or poikiloblasts. It is usually black, grey or bluish in colour.

It often contains minerals such as micas, garnets, sillimanite, pyroxene, cordierite, andalusite and others.

Return Home to Collecting Rocks and Minerals from Hornfels