Hydroxides form when water is present.


They are the minerals that combine their cations with a hydroxyl (OH) anion.

They form as a result of a chemical reaction between water and an oxide - that is, they are weathering products of oxide minerals.

They are usually softer and less dense than oxides, and like oxides, they are often important ore minerals. 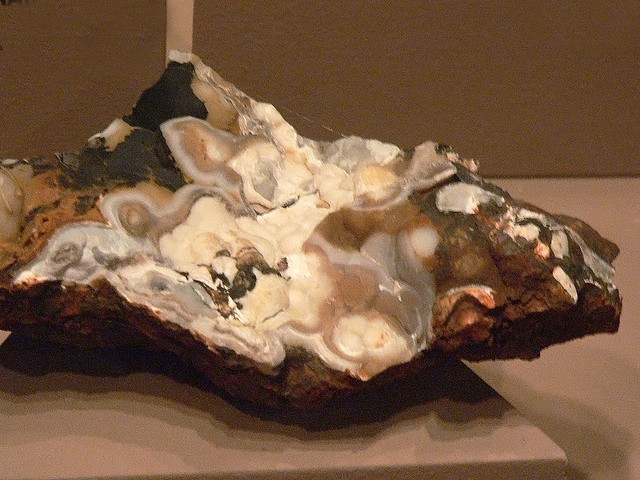 Gibbsite. By Mary Harrsch via Flickr.com

Gibbsite is an aluminium hydroxide. It is an alteration product of aluminium silica minerals after the silica has leached out. This happens through chemical weathering mainly in warm and wet conditions (in tropical environments). It can also be formed deep under the surface in hydrothermal veins. It can form tabular crystals or be massive. It is most often white but can be coloured by impurities. 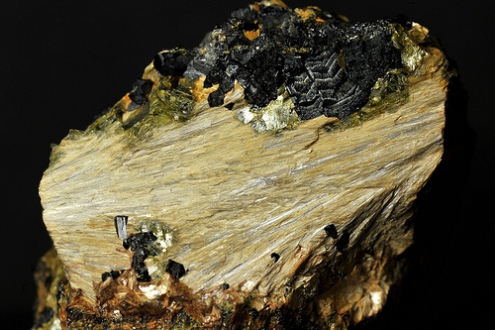 Diaspore. By fluor_doublet via Flickr.com

Diaspore is also a hydrated aluminium oxide. It can form elongated, platy, acicular or tabular crystals; or be granular or massive. It can be white, brownish, greyish, greenish, yellowish, pink or purple. It is relatively widespread and found in marbles and altered igneous rocks, often associated with corundum, chlorite, dolomite, spinel and magnetite. 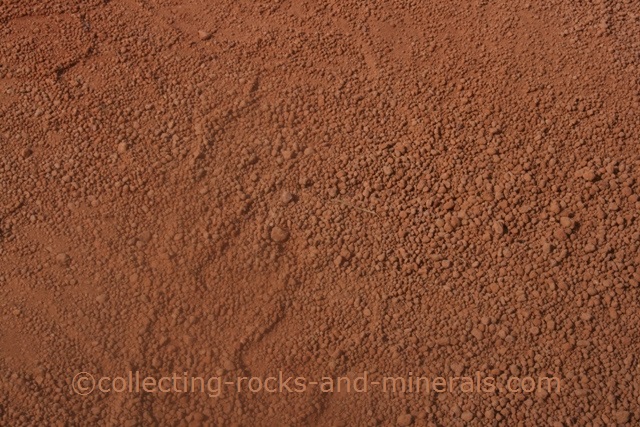 Bauxite is a mixture of minerals such as diaspore, boehmite, gibbsite, and some aluminium and iron oxides. It is most often massive in habit and has a reddish-brownish colour. It forms as a weathering product of aluminium silicates - a process often taking place in tropical conditions. 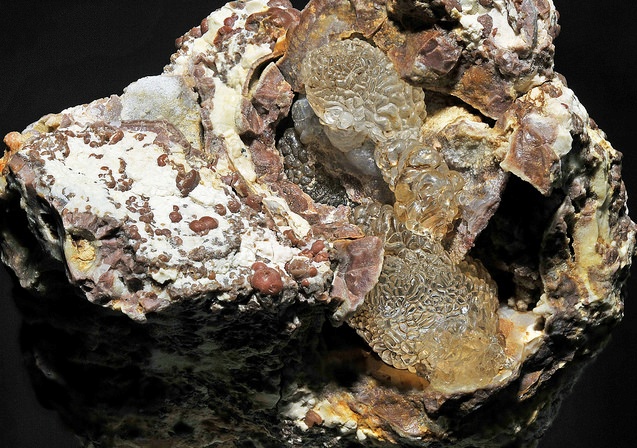 Goethite. By Gary Parent via Flickr.com

Goethite is a hydrated iron oxide. It is reddish brown to black in colour and can form prismatic, striated crystals, but is most often earthy, massive, or botryoidal in habit. It forms as a weathering product by oxidation of iron minerals such as magnetite, siderite and pyrite. It becomes magnetic when heated. 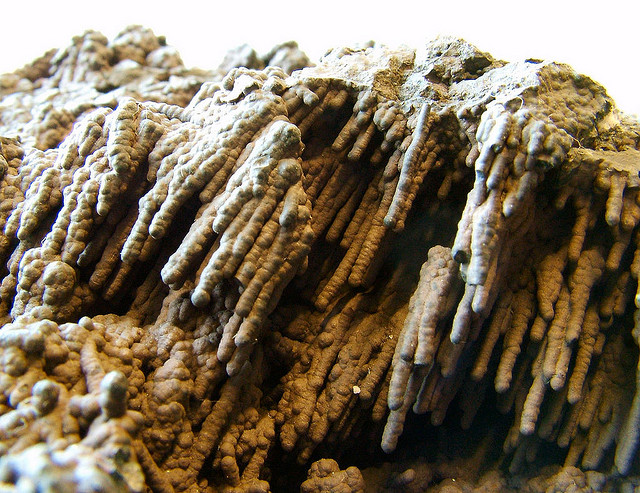 Limonite. By Eelco via Flickr.com

Limonite is a hydrated iron oxide. It is a mineral like bauxite, which could actually be called a rock because it contains many different minerals. Limonite can contain goethite, lepidocrocite and unidentified iron oxides and hydroxides. It does not form crystals and is usually massive in habit. It is reddish yellow, orange or brownish in colour. It forms in oxidised iron deposits. 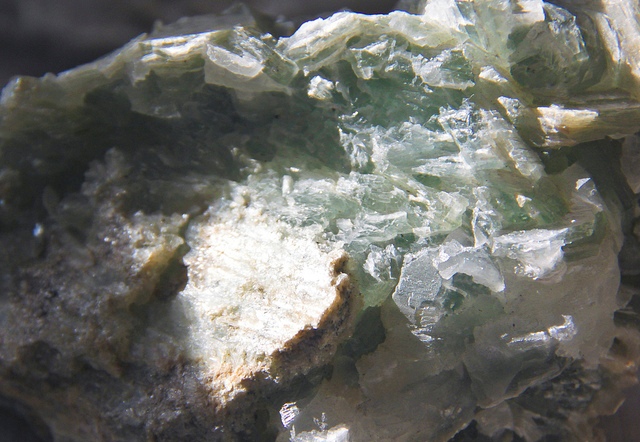 Brucite. By Kotomi_ via Flickr.com

Brucite is a magnesium hydroxide. It is white when pure but can be grey, bluish or pale green; or coloured reddish-yellow by impurities. It can form tabular crystals or be massive or fibrous in habit. It is transparent, and vitreous or waxy. It forms in low-temperature hydrothermal veins, and in metamorphic rocks such as schist. 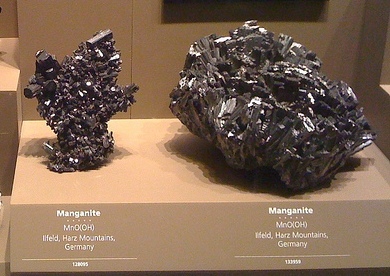 Manganite. By arcticpenguin via Flickr.com

Manganite is a hydrated manganese oxide. It is a widespread mineral and an important manganese ore. It can form prismatic crystals (often twinned), or be massive, granular, columnar or fibrous in habit. It is black or dark grey in colour. It forms in low temperature hydrothermal veins, in shallow marine or freshwater environments, and in replacement deposits.

Return Home to Collecting Rocks and Minerals from Hydroxides