So what is igneous petrology?


Petrology is the study of rocks. Along with mineralogy, structural geology, geochemistry, geophysics and others, it is part of geology.

Igneous petrology is, obviously, the study of igneous rocks.

Petrography is a subfield of petrology, which goes beyond field examination of hand specimens. It is the microscopic examination of rock mineralogy using thin sections and a pertographic microscope in a laboratory. 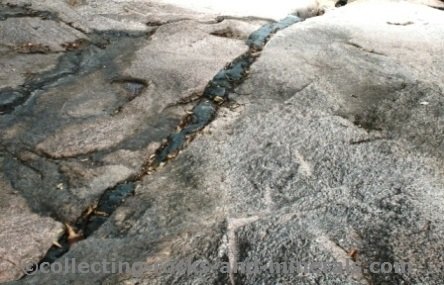 One of the first things is to detemine whether an igneous rock is intrusive or extrusive.

Extrusive igneous rocks are formed above the Earth's surface, as lava freezes in volcanic eruptions.

Because they cool much quicker than intrusive igneous rock, extrusive rocks have aphanitic texture - they have very small mineral grains.

Igneous rocks often have an equigranular texture - with a uniform size of mineral grains. Sometimes though, some minerals have formed significantly earlier than others.

If that's the case, the rock has got a porphyritic texture and the larger minerals are called phenocrysts.

If all minerals are large, the rock is pegmatite. Sometimes air or gas bubbles have been present. This rock has a vesicular texture.

If an igneous rock has formed too quick for any minerals to form, it has a glassy texture.

If it has formed from volcanic ash, it has pyroclastic texture.

If it has formed under water it is called pillow lava.

When vesicles are filled by low-temperature, secondary minerals, the texture is amygddaloidal.

When minerals are interlocked like in granitoids, it is called interlocking aggregate.

And when there is intergrowth of quartz and feldspar in triangular or linear orientation like in pegmatities, the texture is graphic.

Return Home to Collecting Rocks and Minerals from Igneous Petrology