There are a few different types of igneous rock classification.


They have been named on the basis of different characteristics such as chemical composition, mineral content, texture, even geographical locality.

The historical nomenclature for igneous rocks is therefore confusing.

Nowadays, they are classified on the basis of mineralogy and sometimes texture. 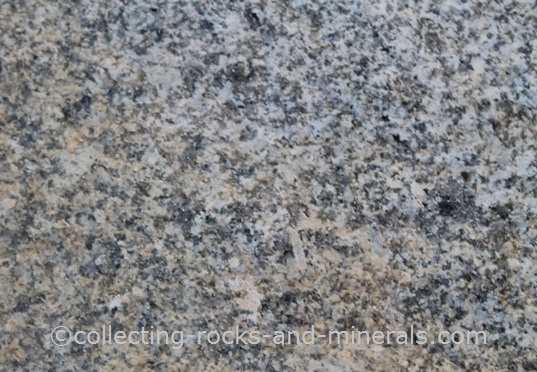 Crystalline texture of a granitoid. Ã‚©collecting-rocks-and-minerals.com

Texture of a rock tells us about the environment in which the rock was formed and the cooling rate.

Crystalline textures show different types of grain size. Those are classified as coarse-grained, medium size, and fiine-grained. The larger the mineral grains, the slower was cooling of magma at the time when the minerals formed. This is a large group of rocks that contains granite, rhyolite, basalt, gabbro, and many, many others - the vast majority of all igneous rocks.

Fragmental textures are formed in the air from volcanic debris and ash. These include hyaloclasite, volcanic breccia and pyroclastic rocks such as tuff.

Return Home to Rocks and Minerals from Igneous Rock Classification