So what is metamorphic petrology?

Metamorphic rocks are derived from pre-existing rocks by structural, chemical and mineralogical changes due to changes in pressure, temperature, chemical environment and shearing stress at depths below the zones of cementation and weathering.

There is no melting - it is a process in solid state. 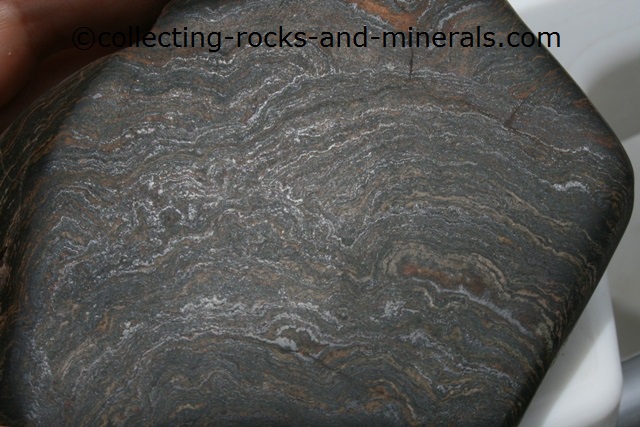 The pressure and temperature relationship is concluded in the metamorphic facies concept, which states that rocks with the same chemical composition should produce the same metamorphic assemblage at the same temperatures and pressures.

During the metamorphic cycle a metavolcanic or metasedimentary rock is finally brought back to the surface. On its way back up it experiences retrograde metamorphism and changing mineralogy.

* progressive change in mineralogy over a large area

* parallel grains over a large area

* located close to igneous rocks, sometimes as an aureole

Return Home to Rocks and Minerals from Metamorphic Petrology