On this page you have the info on native elements.


As opposed to the minerals, they are pure chemical elements.

They occur by themselves instead of in combinations of many chemical elements, which is the case with minerals.

Iron and nickel are exceptions, which tend to be found in alloys with each other. 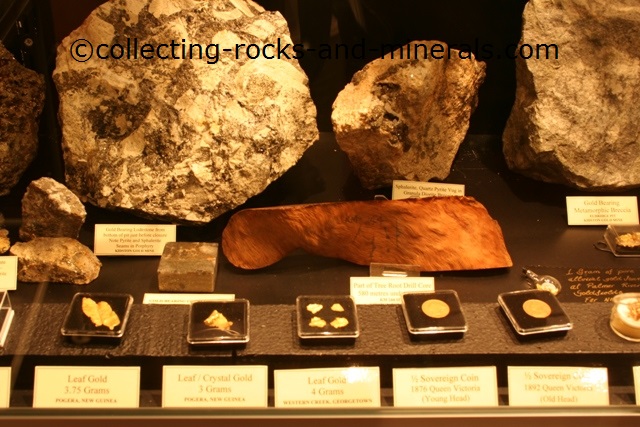 
Gold is the most precious and valuable of all native elements. It is a very stable element, and unlike silver, copper and others doesn't tarnish or react with other elements. It is sometimes found in cubic crystals, but most often as nuggets in massive habit. It often forms in hydrothermal veins and is thus associated with quartz and sulphide minerals. 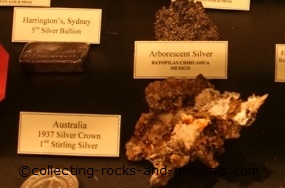 
Silver is the second most valuable native element. It is soft, and can form cubic crystals but is most often found in massive or wire habit. Like gold, it often forms in hydrothermal veins and it can be associated with gold or even form in alloy with gold. Both silver and gold are mostly used in jewelry (and historically, money). 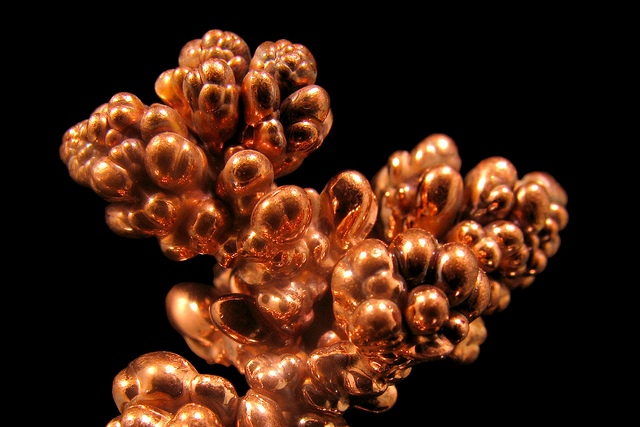 Copper element by Paul via Flickr.com

Copper is also a very sought-after native element, being a very useful metal in many industries.
It is easy to identify just by its copper-red or pink colour when fresh, but tarnishes to brown when exposed to the atmosphere.
It can form cubic crystals but is most often massive or dendritic. 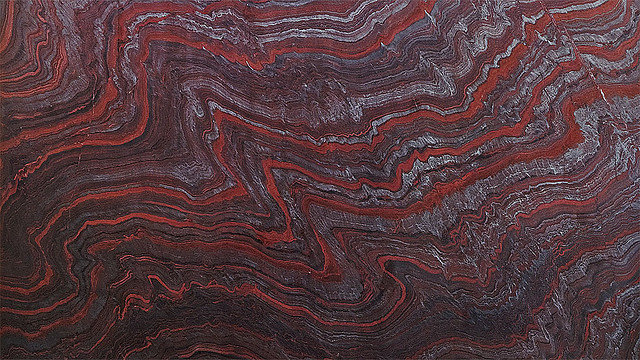 Iron is most often found in alloy with nickel, and even then it is a rare element to find on the Earth's surface. There seems to be much more of it in the space because meteorites often contain iron and nickel. It is also believed that it is much more common in the earth's core. It is metallic and opaque, black or grey in colour and very magnetic. It is often granular or massive, although cubic crystals do exist. 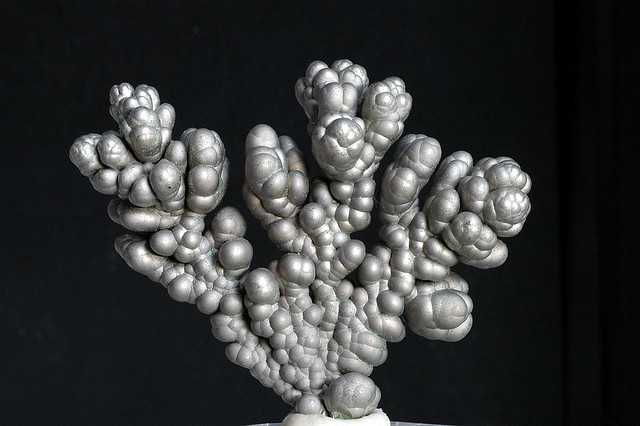 Nickel element by Jeff-o-matic via Flickr.com

Nickel is another element that is rarely found on its own on the Earth's surface. More often it can be found in alloys with iron. Like iron, it is found in the Earth's core and in meteorites. It can occasionally form in mafic and ultramafic rocks such as basalts. Both iron and nickel-iron are strongly magnetic. 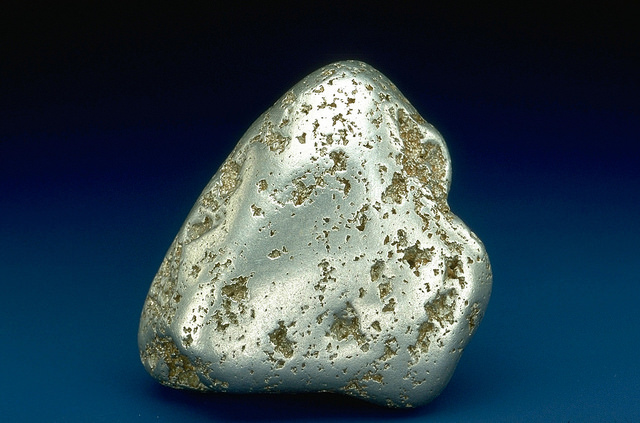 Platinum is a silver-like element, which is most often found in grains or flakes, and more seldom in cubic crystals or nuggets. It does not tarnish when in contact with the air, and it is known for its high specific gravity. It often contains iron and other metals, and can be associated with the iron oxide hematite. It is mainly found in mafic and ultramafic igenous rocks and hydrothermal veins. 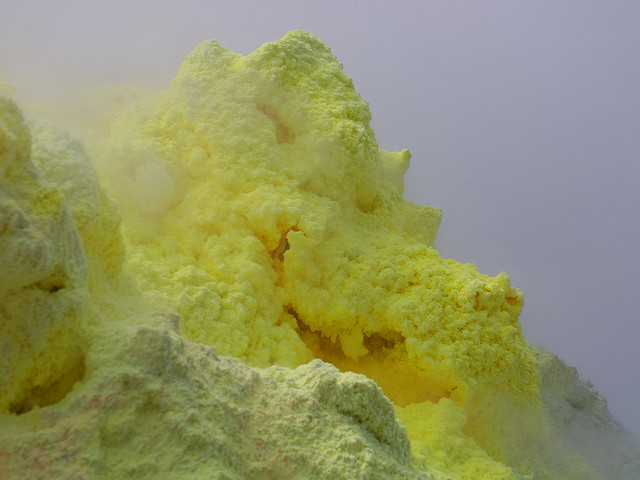 Sulphur by Peter Nijenhuis via Flickr.com


While all the above elements are metallic, sulphur, graphite and diamond are not. Sulphur is a bright yellow or yellowish brown element that forms in hot springs and volcanic craters and can occur in many different habits from crystals to massive, reniform and stalactitic. It is a very abundant element not only on the Earth but in the whole universe. 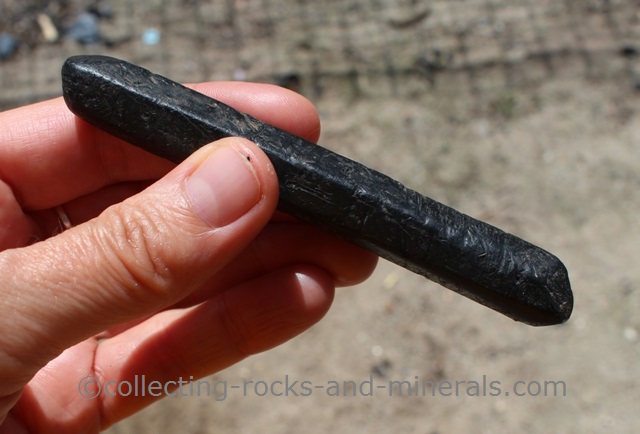 Graphite is a very soft mineral that consists entirely of the element carbon. It is often found in greasy-feeling metamorphic rocks such as schists and slates. It leaves a black mark (streak) - the reason why it is used as pencil "lead". It can be found in crystals, or massive, compact, granular or earthy habits. 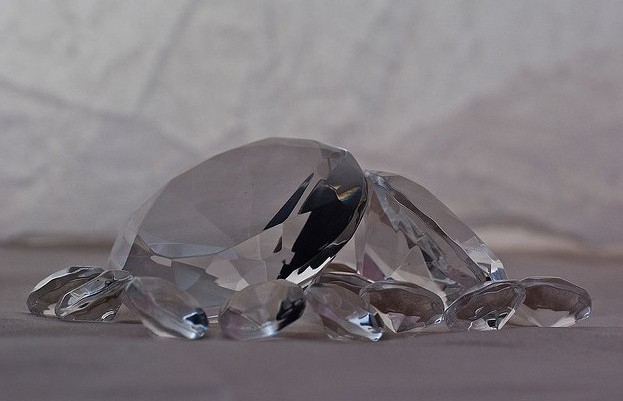 Diamons by Paul Hocksenar via Flickr.com

While graphite is very soft, diamond is a very hard mineral with exactly the same chemical composition. It is the hardest mineral on the Earth - the reason why its popular use is in diamond rings and other jewelry, but also in drill rigs and heavy machinery. It can be colourless or of almost any colour. It is found in one kind of ultramafic rocks - kimberlites.

Return Home to Collecting Rocks and Minerals from Native Elements