On this page you have some info on oxide minerals.


They belong to the group of minerals that have cations combined with an oxygen anion. 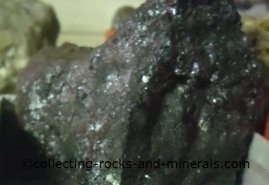 Cuprite is a copper oxide and a major ore of copper. It is reddish in colour and transparent to transculent. It forms mostly cubic crystals, but can also be granular, compact, massive or earthy in habit. It is formed as a secondary mineral when native copper is oxidised. It can be found in oxidised copper deposits with native copper, azurite, malachite and iron oxides. 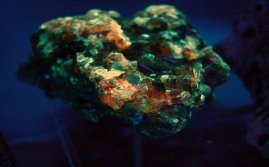 Zincite by Tjflex2 via Flickr.com

Zincite is a zinc oxide mineral and a less important zinc ore (the most important is sphalerite). It is most often granular or massive, but rarely forms pyramidal crystals. It is usually reddish to orangeish in colour, and transparent to transculent. It is found in contact metamorphic rocks and in zinc ore deposits. 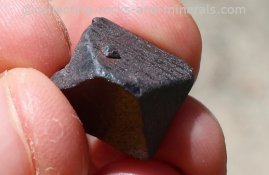 Magnetite is an iron oxide and an important iron ore. As its name suggests, its most obvious property is magnetism - it is the most magnetic mineral (after iron). It often forms octahedral crystals but can also be granular or massive. It is a very widespread mineral and occurs in many different environments. It forms in igneous rocks and veins. 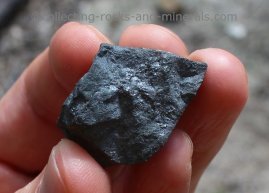 Hematite is also an iron oxide and due to its high iron content (70%) it is the most important iron ore. It can form crystals similar to magnetite, or be granular or massive. It may look like magnetite, but it is not magnetic and its streak is red while the streak of magnetite is black. Variations include specular, massive, and iridescent hematite as well as kidney ore. 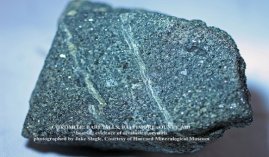 Chromate. By Jake Slagle via Flickr.com

Chromite is an iron and  chromium oxide mineral and the only important ore of chromium. It can form crystals but is most often massive, nodular or granular. It is black, dark grey or dark brown. It is often found in mafic and ultramafic igneous rocks, as well as placer deposits. Chromite is weakly magnetic. 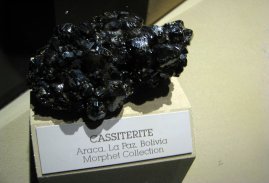 Cassiterite by Taifighta via Flickr.com

Cassiterite is a tin oxide and the most important tin ore. It is most often dark in colour such as black or brown, but may also be yellowish or colourless. It may form crystals or be massive, reniform, botroydal or granular. It forms in high temperature hydrothermal veins, where it can be found in granitic rocks associated to tungsten minerals, quartz and chalcopyrite. 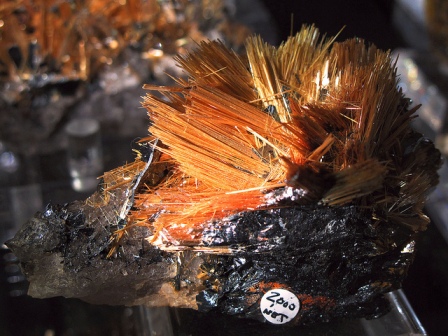 Rutile by cobalt123 via Flickr.com

Rutile is a titanium oxide. It is usually reddish brown, but can also be red, yellowish, or almost black. Its crystals are most often prismatic, but can also be acicular or slender. It is often found in granitic rocks and other igneous rocks, as well as metamorphics such as schists and gneisses. It can also be found in other minerals, such as rutilated quartz. 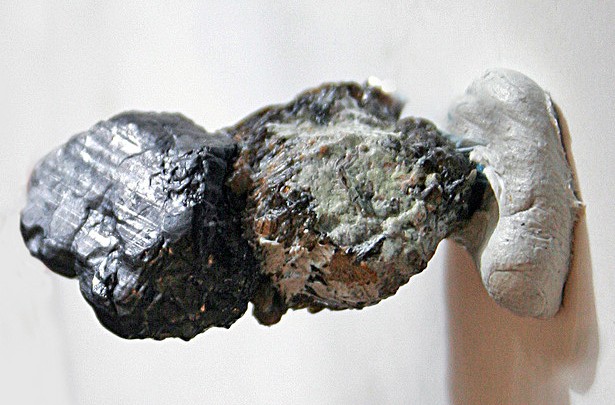 Ilmenite by Jake Slagle via Flickr.com

Ilmenite is another titanium oxide mineral which is a major titanium ore. It forms crystals but can also be granular, massive, lamellar or compact. It is dark brown or black and can look like magnetite and hematite, but unlike magnetite it is not magnetic, and unlike hematite it has a black streak. It commonly forms in igneous rocks, pegmatites and hydrothermal veins. 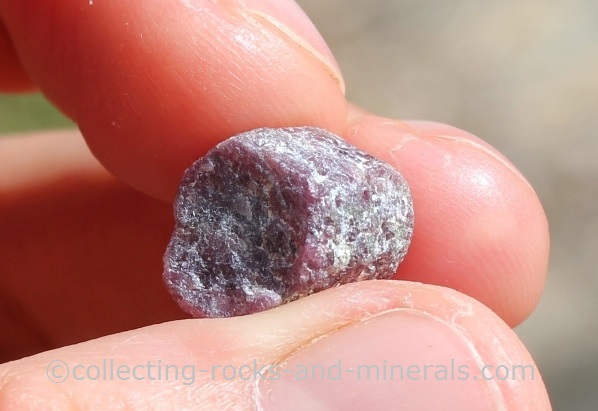 Corundum is an aluminium oxide that forms some of the best known gemstones in the world - ruby and sapphire. Apart from forming rhombohedral, tabular, or prismatic crystals, it can also be granular or massive. It is the second hardest mineral after diamond. It forms in igneous rocks that are poor in silica and in metamorphics that are rich in aluminium. 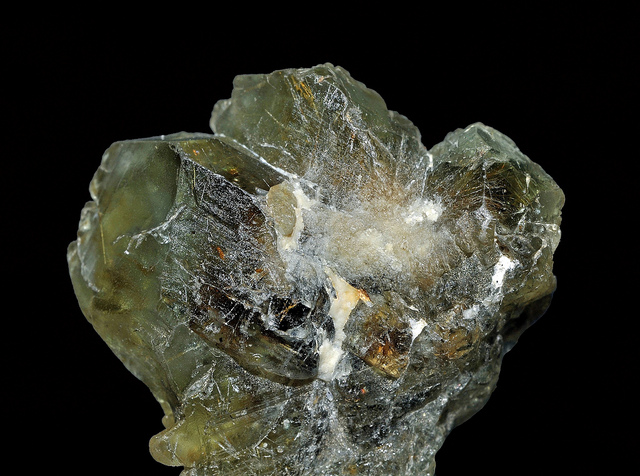 Chrysoberyl by Gary Parent via Flickr.com

Chrysoberyl is a beryllium aluminium oxide and a precious gemstone. Its gemstone variety - alexandrite is one of the hardest, rarest and most expensive gems in the world. Chrysoberyl can form prismatic or tabular crystals, or be massive or granular. It can be green or greenish or brownish yellow. It forms in many igenous and metamorphic rocks but can also be found in placer deposits due to its durability. 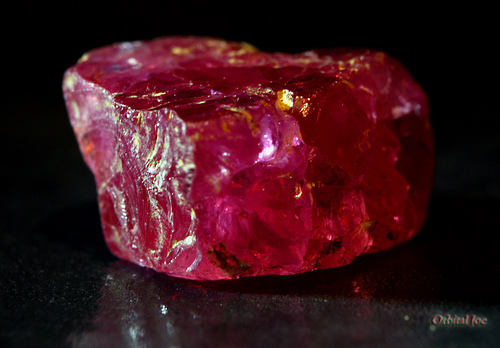 Spinel by Orbital Joe via Flickr.com

Spinel is a magnesium aluminium oxide mineral and some varieties of it are gemstones. It forms octahedral crystals and can also be compact, granular or massive. It is most often red but can also be blue, green, or black. It often forms in aluminium rich metamorphic rocks and mafic igneous rocks but can also be found in contact metamorphosed limestones.

Return Home to Collecting Rocks and Minerals from Oxide Minerals