Legend has it that Peridot was Cleopatra’s favourite gemstone, and can be found in Egyptian jewellery from the early 2nd millennium B.C.

The stones used at that time came from a deposit on a small volcanic island in the Red Sea, some 45 miles off the Egyptian coast at Aswan.

Peridot is treasured in Hawaii as the goddess Pele's tears and the ancient Romans adored its radiant green, because it does not change in artificial light. 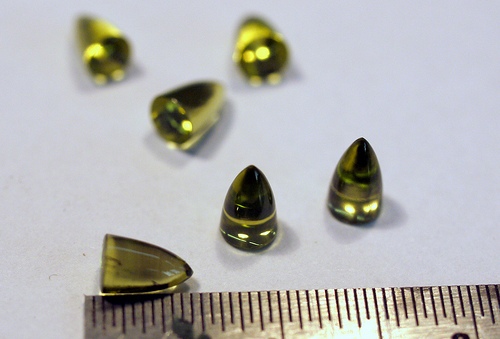 Peridot is also found in Europe in medieval, European churches, where it adorns many a treasure, including the shrines in Cologne Cathedral.

Peridot is always green, however that green can vary from yellow-green to olive to brownish-green, the most valuable being dark, velvety-green which shoots yellow light from its depths.

There is always an oil-like sheen to the cut stone. 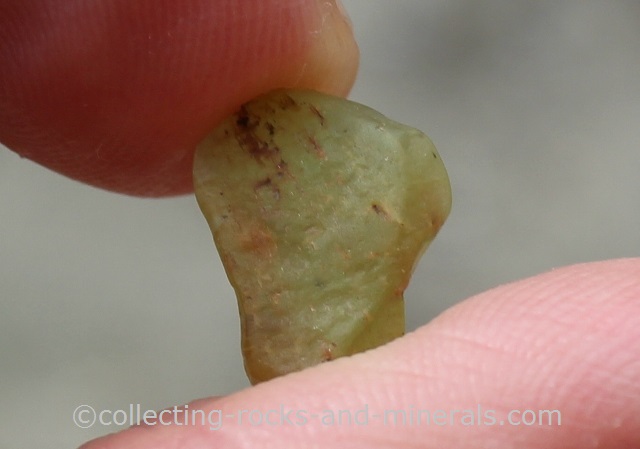 Extra-terrestrial Peridot crystals have been found in meteorites.

One such meteorite was offered for auction at Bonhams (British auction house) in 2008 with a requested price of $3 million. 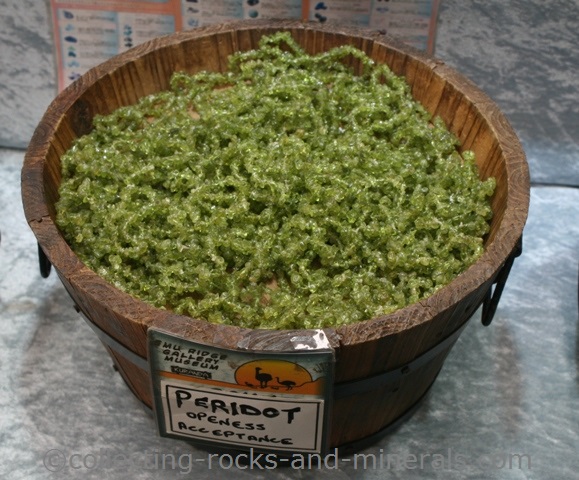 Peridot is the gem quality of a mineral called Olivine which itself is composed of two minerals-fayolite and fosterite and natural crystals are three unequal axes at right angles to each other (Orthorhombic).

Return Home to Collecting Rocks and Minerals from Peridot Stone