Porphyritic rock is a little different.


Just like pegmatite, it is a term that describes a rock's texture rather than composition.

Those large crystals are called phenocrysts, and they have formed before the matrix that surrounds them. 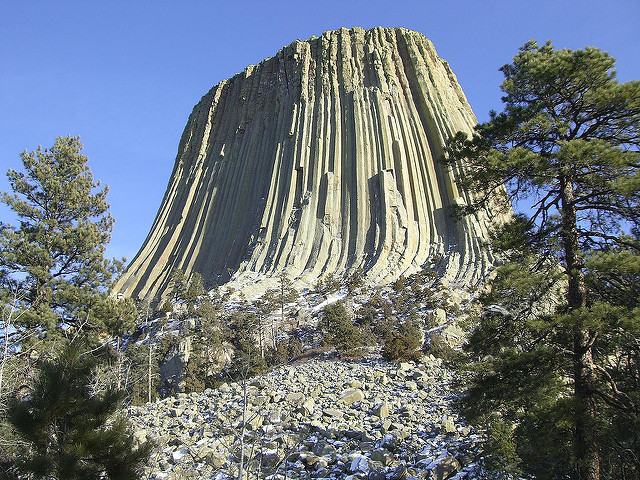 Devil's Tower, a phonolite porphyry. By Lietmotiv via Flickr.com

Many rocks can be porphyritic, such as andesite porphyry, rhyolite porphyry, basalt porphyry and many, many ohters.

Return to Types of Igneous Rocks

Return Home to Collecting Rocks and Minerals from Porphyritic Rock