Quartzite rock is rich on quartz.


But it is not formed from pure quartz alone.

It's most often formed from sandstone, which however contains a lot of quartz.

The sandstone needs to be buried, heated and squeezed in moderate pressures but high temperatures. 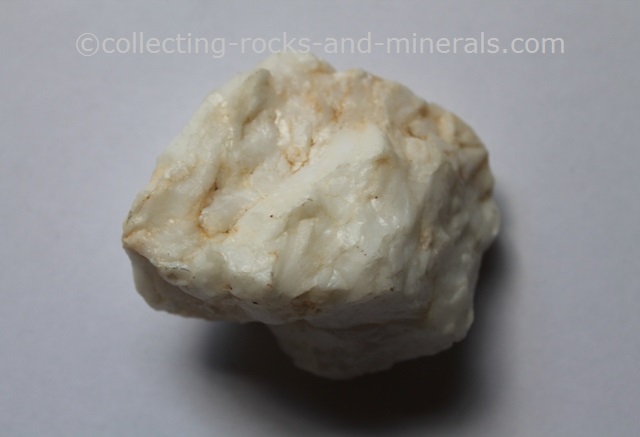 Other minerals in this rock inclue mica, sillimanite and kyanite.

It has medium texture, conchoidal fracture, and is a very brittle and hard rock.

Return Home to Collecting Rocks and Minerals from Quartzite Rock