Rhyolite rock is quite rare.


It is an extrusive igneous rock, which is formed when extremely explosive volcanoes erupt.

Its lava is so viscous, sticky and so much lacks volatiles, that it piles up and builds lava domes instead of flowing away when it does reach ground.

It often has a porphyritic texture, with phenocrysts (large crystals) that formed underground, in intrusive conditions, and a fine-grained matrix that formed from lava once the volcano had erupted. 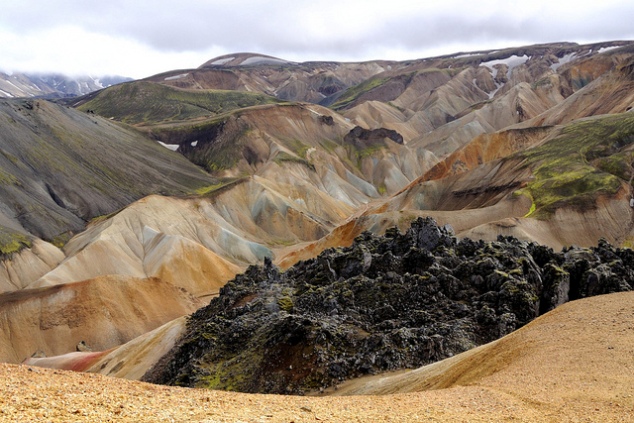 It can also have a banded texture which lacks phenocrysts.

If a magma with the same composition would be formed completely underground, this rock would be granite.

Return Home to Collecting Rocks and Minerals from Rhyolite Rock