Ruby gemstones are some of the most valuable of all gems.


Ruby is a red variety of the mineral family corundum.

Throughout gem history, the Ruby has been considered one of the most valuable gemstones because it has everything a precious stone should have - glorious colour, excellent hardness and outstanding brilliance.

The most famous pair of shoes in Hollywood was named after this gemstone - Dorothy’s ruby slippers in Wizard of Oz. 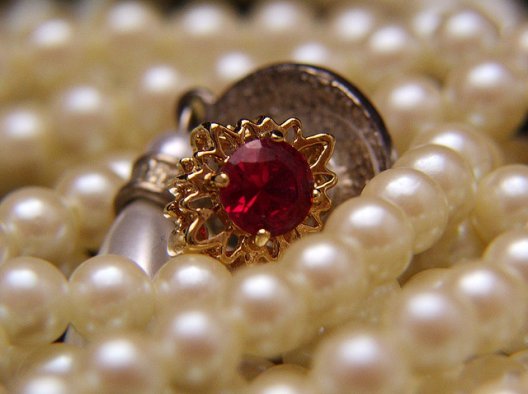 The name Ruby comes from ruber, Latin for red, although Rubies are found in a wide range of reds, pinkish, and purplish-brownish, and the finest colour being the pigeon blood found in Burmese mines. 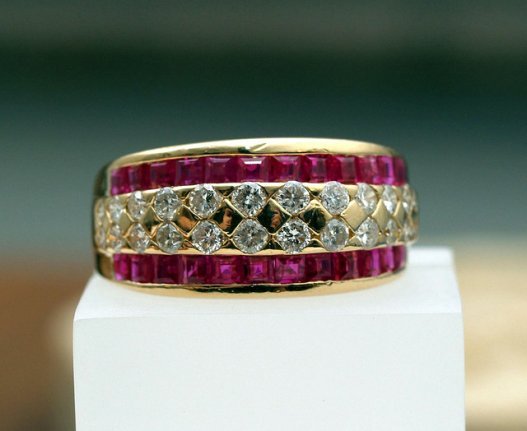 By christina rutz via Flickr.com

All natural rubies have imperfections, including colour impurities and inclusions of rutile needles known as "silk". 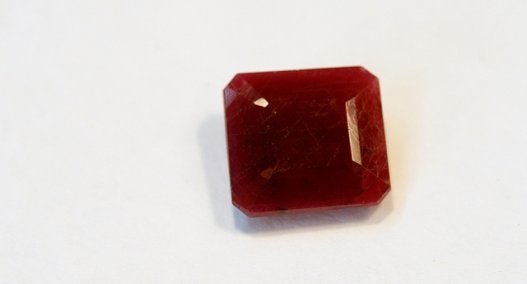 A clear or almost clear stone will command a premium, while a ruby with no needle-like inclusions usually indicates the stone is synthetic.

Today are more usually heat treated to enhance the stone. 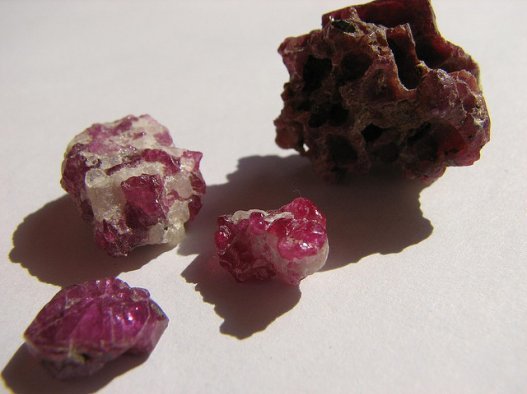 By Jarno via Flickr.com

Some rubies show a 3 or 6-point star which occurs when light is reflected off the inclusions and this is one example where inclusions increase the value of a gemstone. 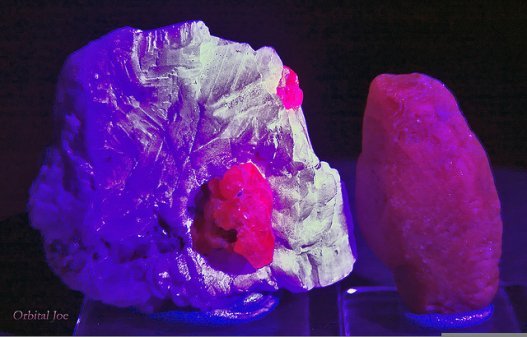 The occasional Ruby has been known to show colour changes. 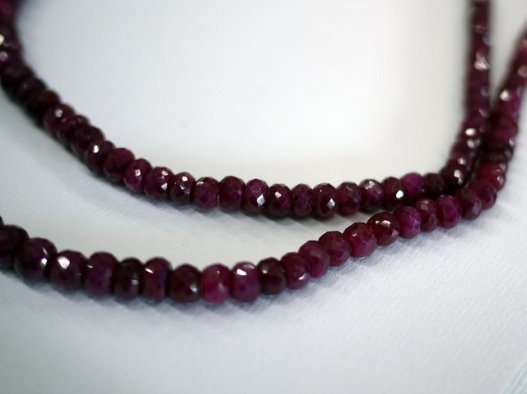 In ancient and medieval period the Mogok mines were controlled by Burmese kings therefore all stones were part of royal treasury. 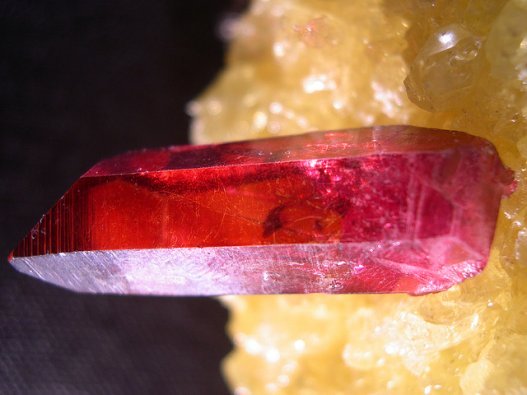 By  Tom Goskar via Flickr.com 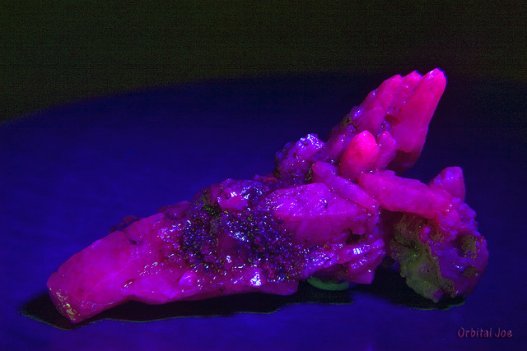 Return Home to Collecting Rocks and Minerals from Ruby Gemstones