They are formed in low to medium pressures and temperatures.

They are foliated rocks, with a layered fabric which consists of thin planes that are easily broken off.

They often have a layering of light and dark minerals. 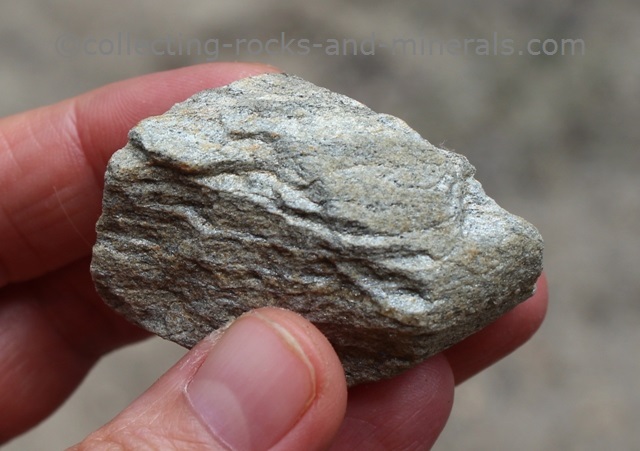 The grain size is medium, with visible mineral crystals.

The major minerals are quartz, feldspar and some platy mica minerals such as biotite and muscovite. 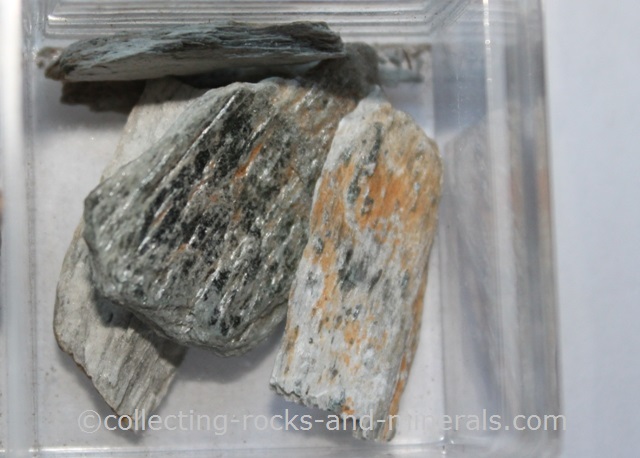 Other platy ones include graphite, talc and chlorite. 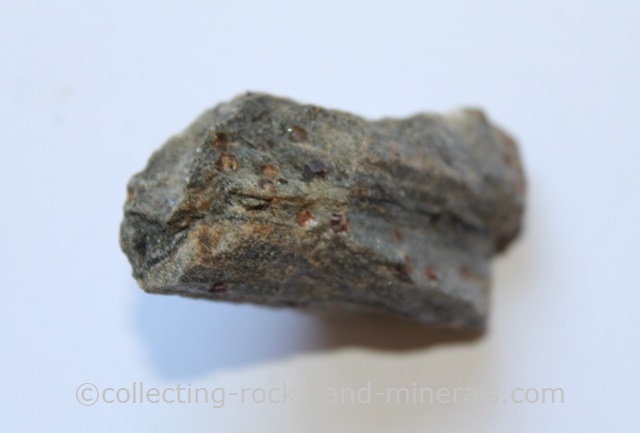 Those vary between different types such as kyanite, garnet, green-, or blueschist.

Return Home to Collecting Rocks and Minerals from Schists