Sulfate minerals are a group of about 200 minerals.


They tend to be soft, low in densities and light in colour.

The most common minerals in the group are gypsum and barite. 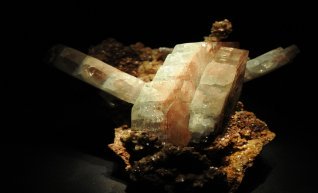 Barite is the most common sulfate mineral. It forms tabular or prismatic crystals or crested aggregates. Other possible habits are fibrous, stalactitic and massive. It is a soft and relatively heavy mineral to be a sulfate. It is found in hydrothermal veins associated with calcite, fluorite, sphalerite and galena. 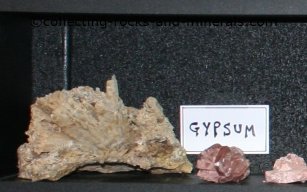 Gypsum is the second most common sulfate mineral. It is a calcium sulfate hydroxide and it is an evaporative mineral. It can form large, very spectacular, tabular or prismatic crystals, or be fibrous, granular or massive. It can be colourless, white, reddish, brownish, yellowish, greenish or grey. It forms in evaporative deposits. 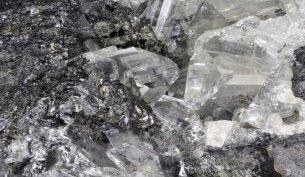 Anglesite. By Gary Parent via Flickr.com

Anglesite is a less common mineral, which can form pyramidal, prismatic or tabular crystals, or be compact, granular or massive. It can be white, colourless, blueish, greenish, yellowish or grey. It is a lead sulfate, and forms in oxidation zones of lead deposits. It can be found associated to galena. 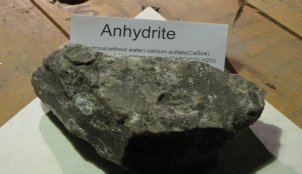 Anhydrite. By Ron Schott via Flickr.com

Anhydrite is a calcium sulfate, which is a waterless form of gypsum. It can form prismatic or tabular crystals, or be granular or massive. It can be white, colourless, grey, reddish or brownish. In humid condition it alters to gypsum. It is found in evaporative deposits associated to halite and gypsum. 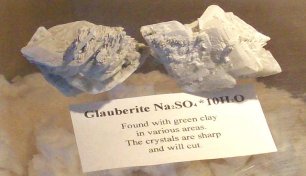 Glauberite. By Alisha Vargas via Flickr.com

Glauberite is a sodium calcium sulfate, which can form tabular or prismatic crystals. It is most often yellowish or grey, but can also be reddish or colourless. It forms most commonly in evaporative deposits where areas of salt lakes or marine lagoons dry out, but can also be found in mafic igenous rocks and volcanic fumaroles. 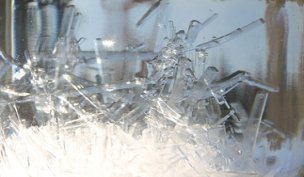 Epsomite. By Genista via Flickr.com

Epsomite is a magnesium sulfate, which rarely forms crystals but most often is stalactitic, massive or occurs as acicular crusts. It can be white, colourless, greenish or pinkish. It is an important source of magnesuim salts and it forms in limestone caves, rock faces in mines, and in oxidised zones of pyrite deposits. 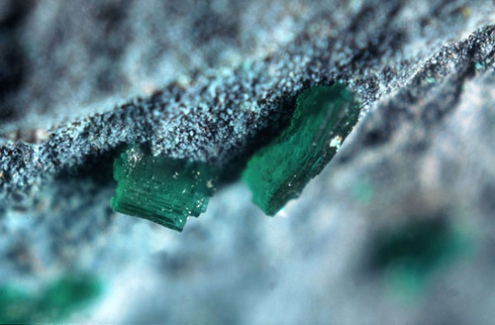 Brochantite. By MuseumWales via Flickr.com

Brochantite is a copper sulfate hydroxide. It forms tabular, acicular or prismatic crystals but can also be found in fine grained masses or druse crusts. It can be different shades of green in colour. It forms in oxidised zones of copper deposits and can be associated to malachite, azurite and other copper minerals. 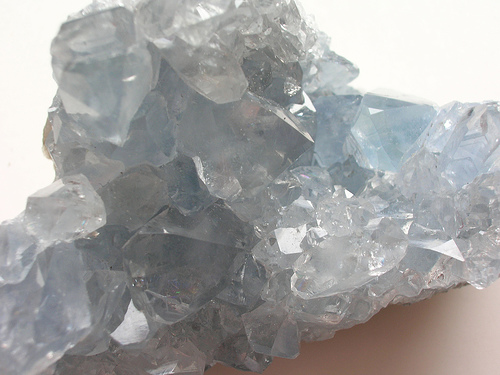 Celestite crystal. By meganpru via Flickr.com

Celestite is a strontium sulfate, which forms tabular or prismatic crystals, or be nodular, granular, fibrous or massive. It can be white, colourless, blue, brown, green or red in colour. It forms in evaporative deposits as well as in sedimentary rocks such as sandstones, dolomites and limestones; and hydrothermal veins.

Return Home to Collecting Rocks and Minerals from Sulfate Minerals