Tanzanite stone was named after Tanzania.


Tanzanite, discovered in 1967, was named after Tanzania, the country in which it was discovered.

It is noted for its alternating colours of sapphire-blue to violet, even burgundy depending on lighting conditions and the angle at which it is viewed.

With exception of the first stones found close to the earth’s surface, these colours are not natural. 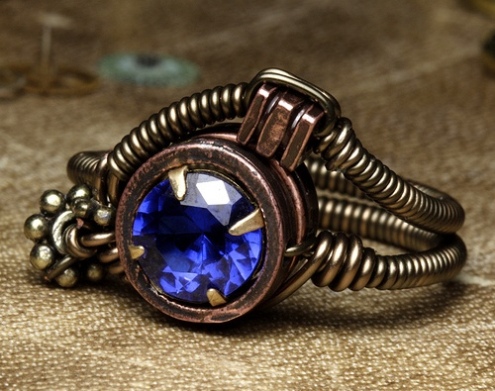 Natural Tanzanite is more usually reddish-brown, so it is universally heat treated in a gemmological oven or furnace with temperatures between 500 and 700 degrees Celsius to produce its range of stunning colours.

Tanzanite yields mostly in the foothills of Mount Kilimanjaro.

Tanzanite belongs to the Zoisite family of minerals and is derived from 500 million-year-old metamorphic rocks.

It is a stone which should sensibly be only worn as a pendant or as earrings because it is softer than other gemstones and has a habit of breaking in its natural cleavage line if knocked or treated roughly.

Return Home to Rocks and Minerals from Tanzanite Stone